From the perfect weather year-round to the beautiful scenery of the beaches and trails, San Diego is a rather stunning place to have called home. By popular request, I'll be sharing some of my favorite spots and must-dos for this region. 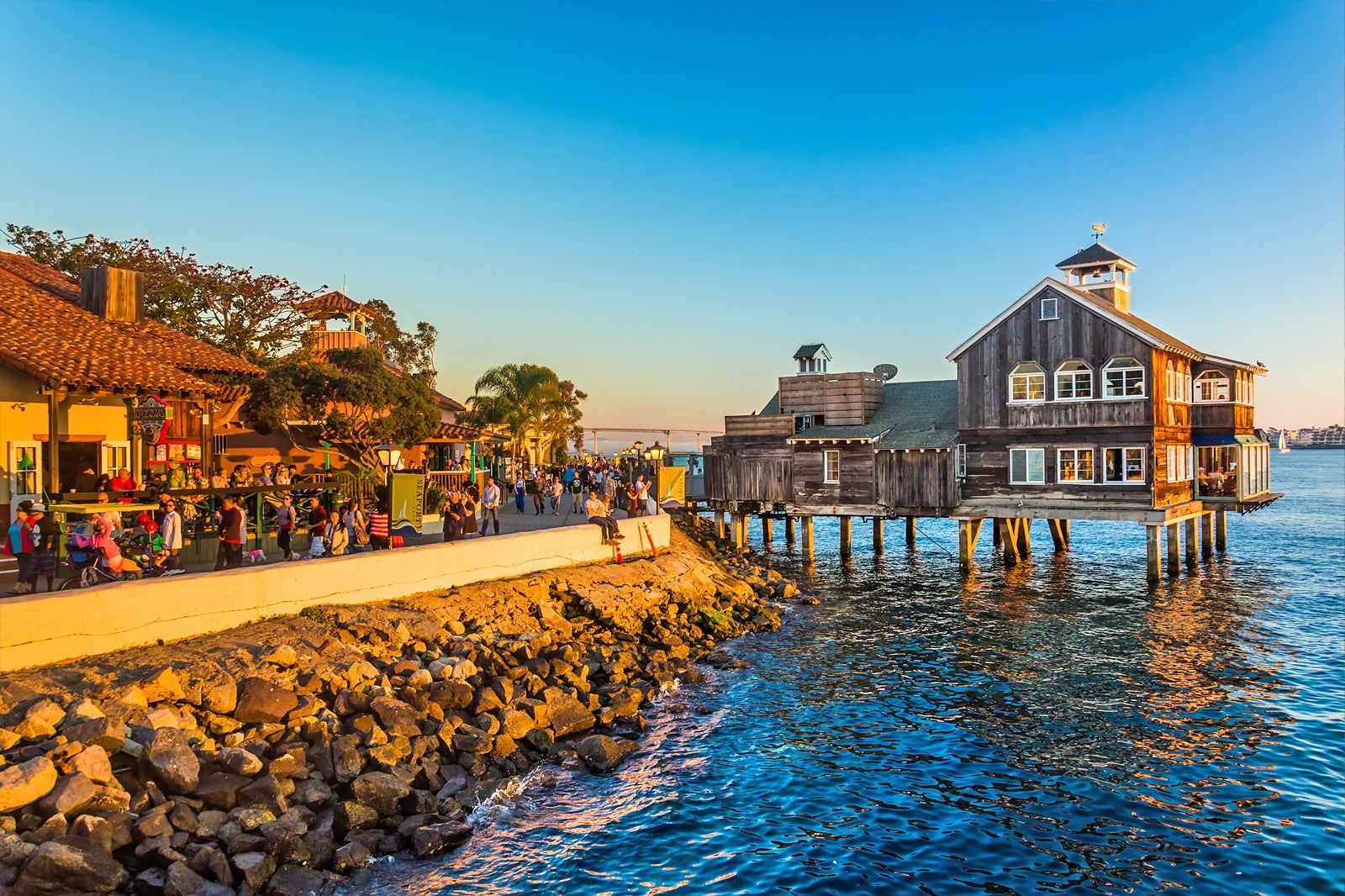 A staple of downtown San Diego, Seaport Village is a lively plaza along the harbor with a modest park and plenty of snacks and bites. The views are a delight and I've spent many a summers sitting atop the rocks, staring off into the harbor. Have a cactus taco and frozen horchata at Puesto nearby before strolling along the waterfront. 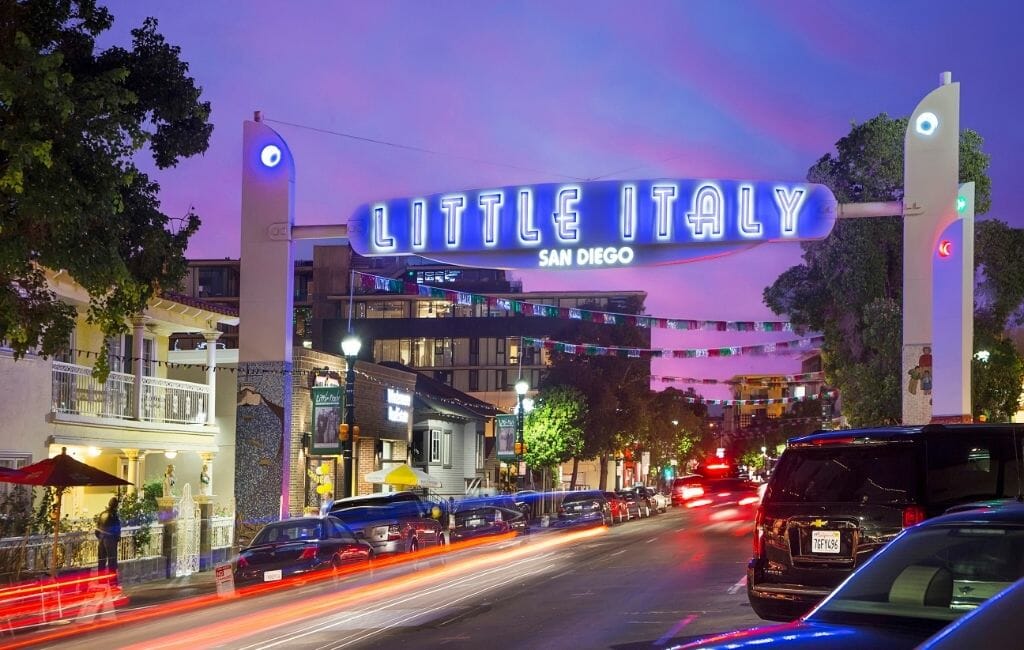 Some of the best Italian and American food in San Diego is here in Little Italy, including one of my favorite ice cream parlors, Salt and Straw. 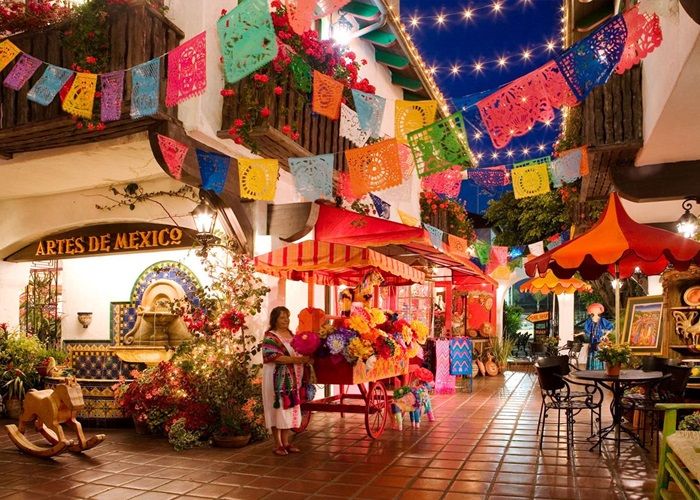 Old Town is home to the historic, Hispanic roots of San Diego. Explore the park and greenery as you wander past local artisanal stores. Pop in for a bite at the many mexican restaurants which feature tortillas being made from scratch out front.

A San Diego must-visit, Balboa Park is in the heart of Downtown San Diego. It features acres of greenery, trails, museums, and even the world-famous San Diego Zoo. Be sure to check out the Organ Pavilion, the Fleet Science Center, and the Japanese Friendship Garden. 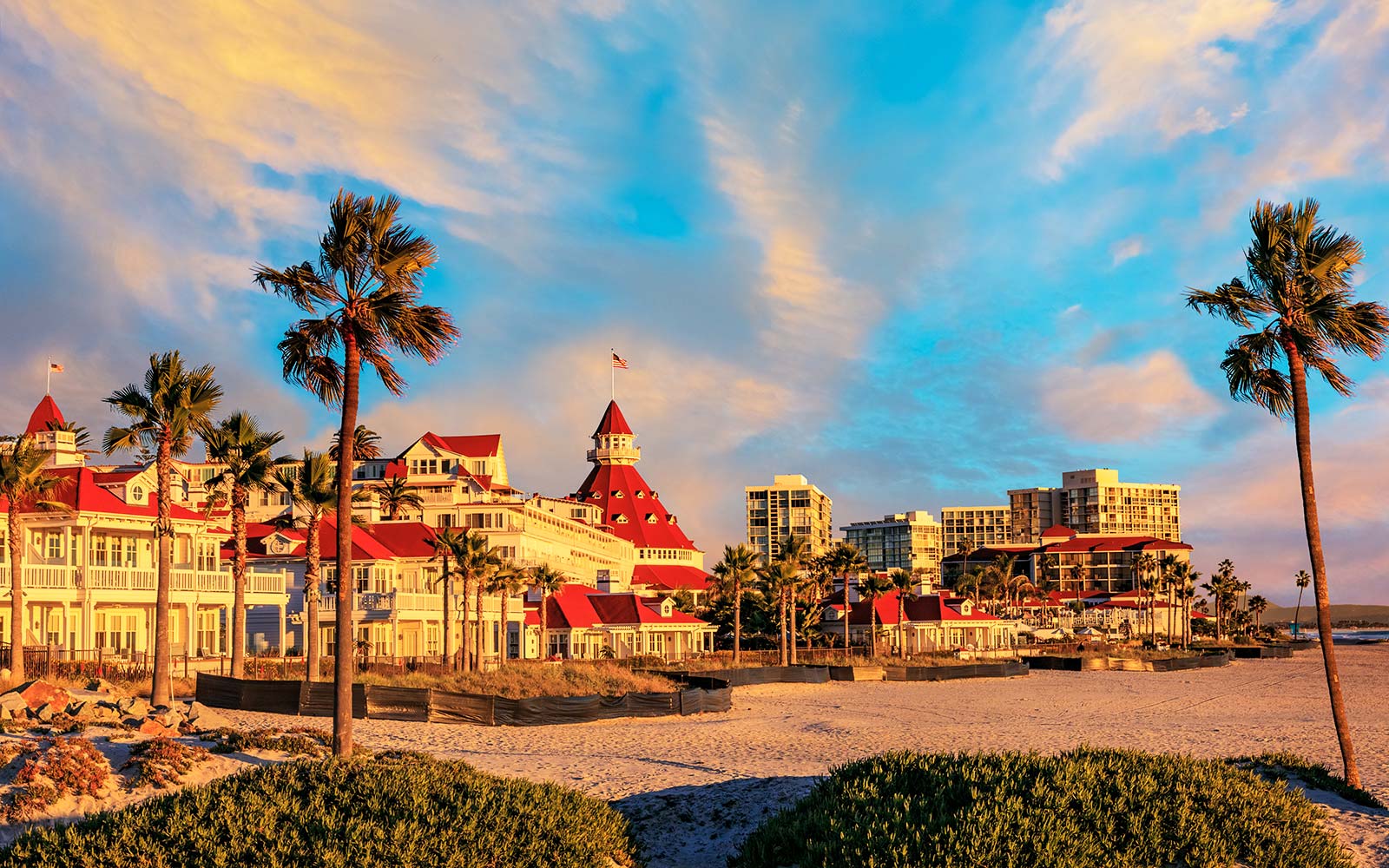 Across the harbor is the island of Coronado, accessible by ferry and car. It's home to a naval base as well as the world famous Hotel Coronado. Explore the local town and stunning beach after a filling buffet at the Hotel Coronado. 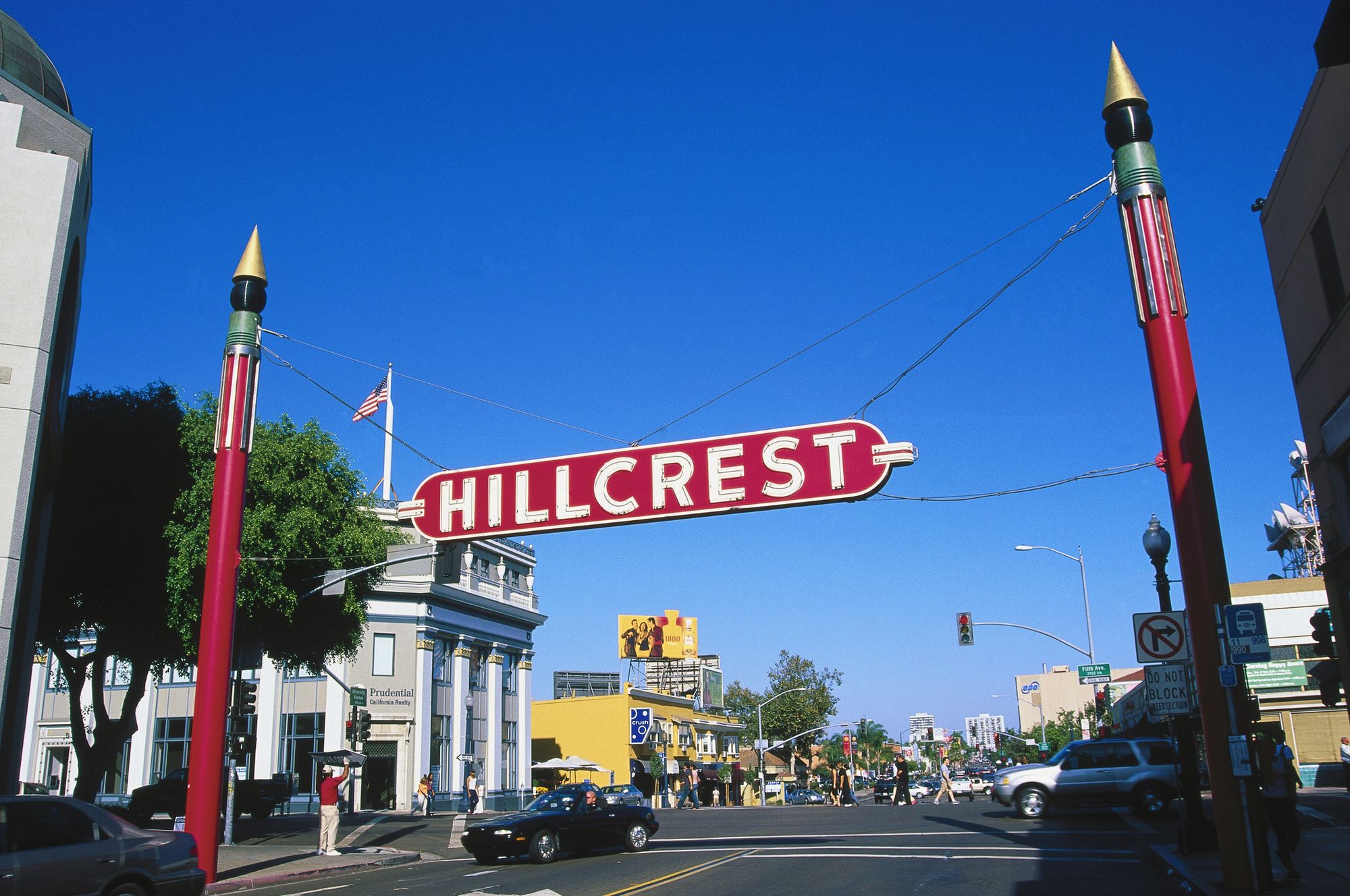 Some of San Diego's best food and nightlife can be found in Hillcrest, a heavily gentrified neighborhood that is the center of San Diego's LGBTQ2+ community.

An overlooked gem, the Cabrillo National Monument provides a stunning overlook of downtown San Diego with calming breezes. The lighthouse is a popular attraction though the entire park has an entry fee to visit.

In the Point Loma area, be sure to check out the Sunset Cliffs area which provides stunning views from the several caves in the area as well as Luscomb's point.

For fan of asian food, Convoy St is a must visit. This is the heart of San Diego's authentic asian-american cuisine, especially between Balboa Ave and Clairemont Mesa Blvd. A popular tourist attraction is the cove at La Jolla which is home to our thriving seal community, which you can often spot lying on the local beach. 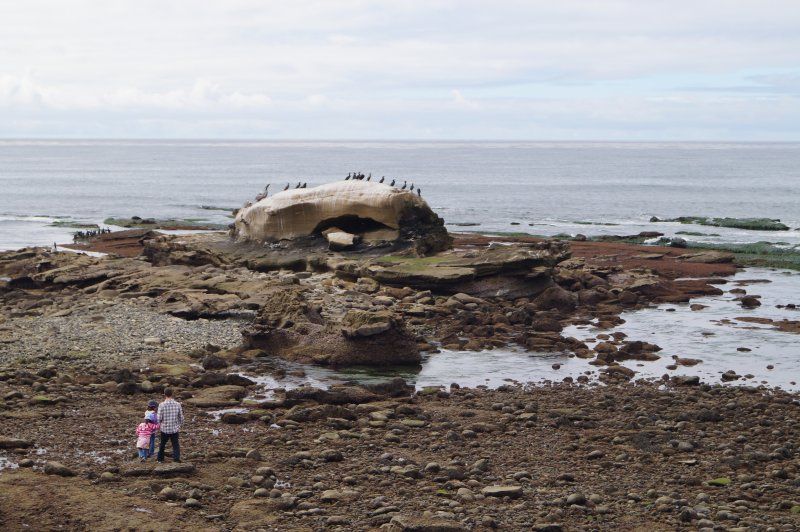 During low tide, a rock formation commonly known as Bird Rock appears, where birds often gather upon. Near Bird Rock is actually a rather secretive viewpoint accessible from the nearby residential neighborhoods. You can find this through a quick scan on Google Maps. 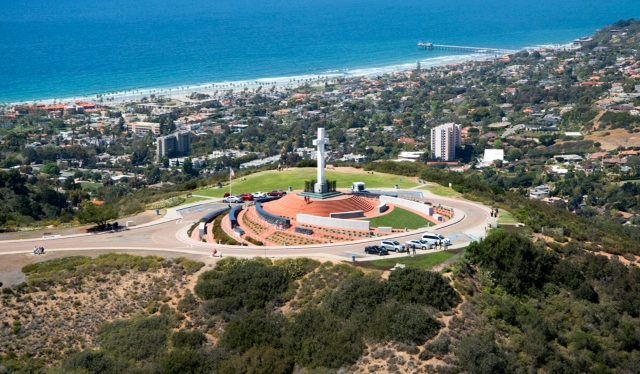 Another stunning elevated viewpoint of San Diego, Mount Soledad does not have an entry fee and features a lovely view of the local inland and La Jolla coastline. 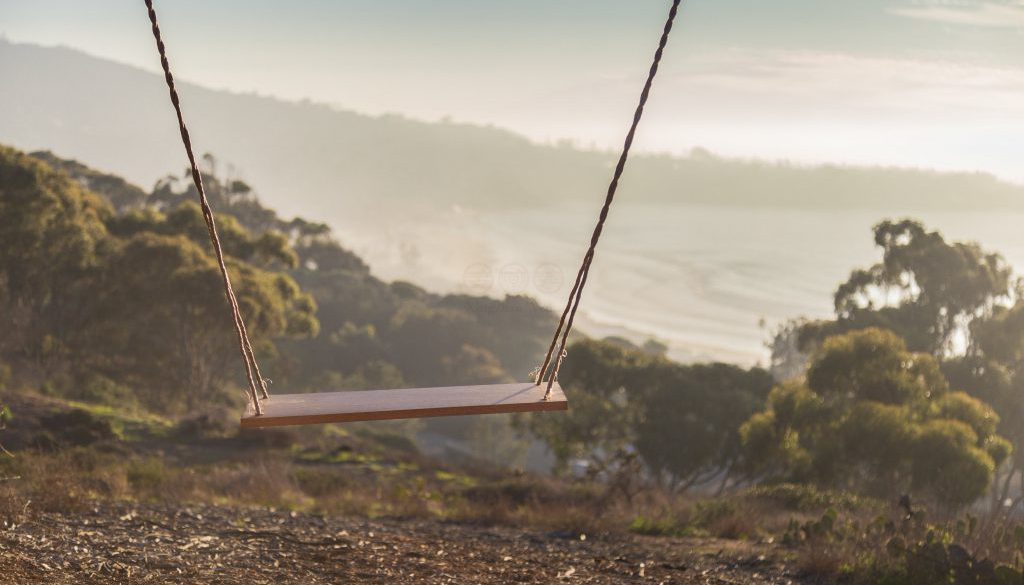 Hidden throughout San Diego are several "swings", especially in the La Jolla neighborhood. These are popular instagram photo opportunities that overlook the ocean. They tend to be over-trafficked and gimmicky but if it's your thing, you'll be able to find it with a google search.

Some of San Diego's best coastal hikes begin in Torrey Pines. With several trails and overlooks to choose from, you can hike from the cliffs to the beach within a few hours and enjoy the strong ocean breeze along the way. 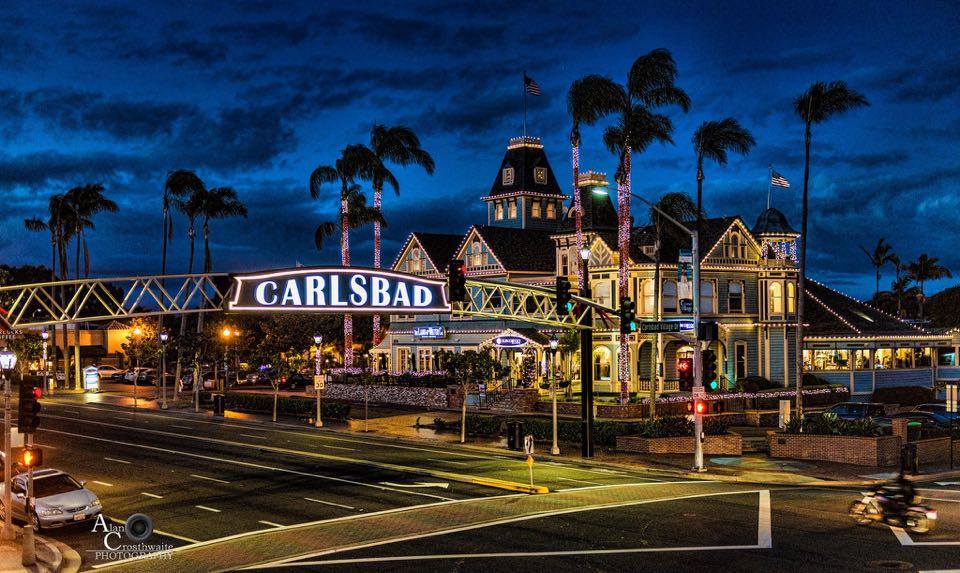 Scattered across the San Diego coastline are several small coastal communities such as Carlsbad, Encinitas, and Solana Beach. These communities feature boutique shops and dining, which can be a fun excursion to as you drive along the coast. 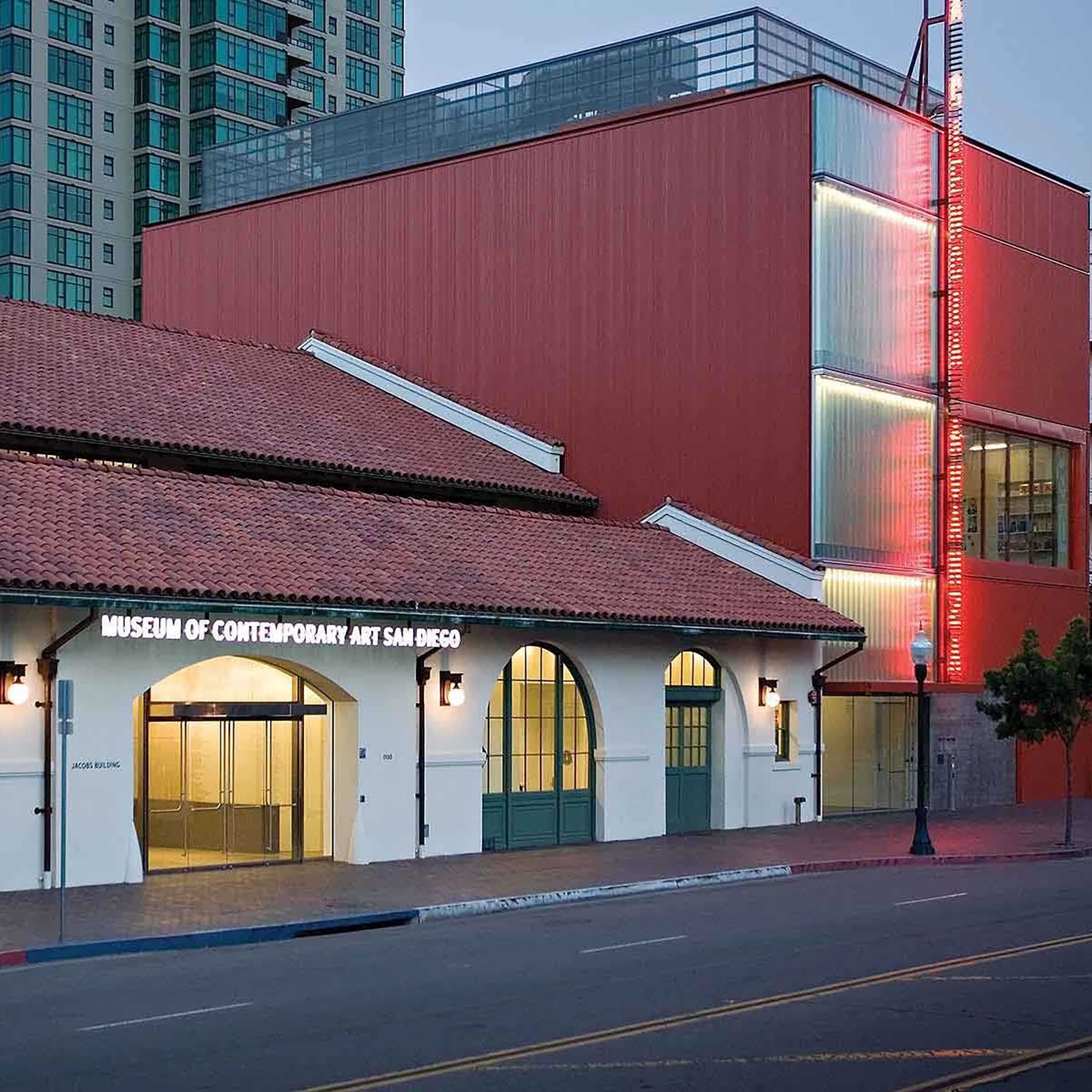 One of my favorite museums in the city, the MCA has a rather unique selection that is updated regularly. Free for students.

Of the 2 zoos in San Diego, the Safari Park is the one that stands out. Rather than place the animals in the enclosure, they give the animals acres of land in an open safari environment and visitors are driven around in a tram. 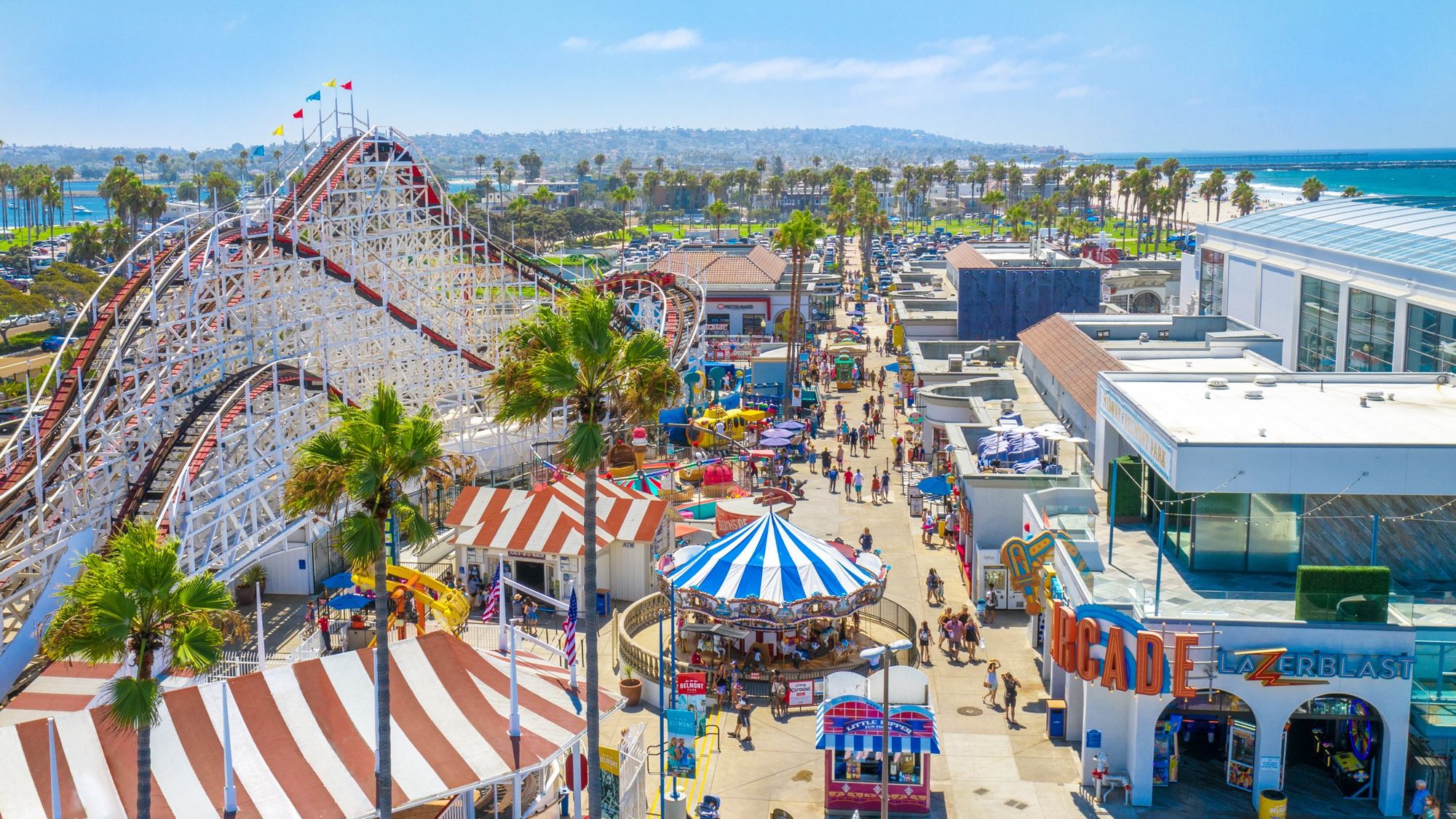 San Diego's Coney Island, Belmont Park is an iconic summer attraction for visitors. From the wave rider to the wood rollercoaster to the arcade, there's so much to do. Not to mention, it's only a few feet away from the beach. 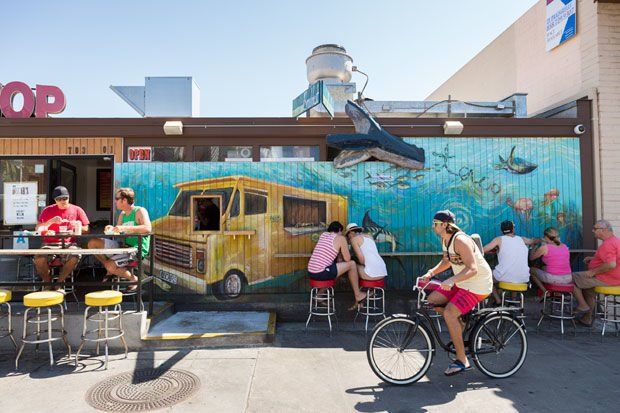 A literal hole-in-the-wall joint, Oscars has become a cult classic in San Diego for its fish tacos. The original location in Pacific Beach serves tacos fresh from a cut-out hole in the wall with very minimal signage to indicate the presence of a taco shop. Try the battered shrimp taco on a flour tortilla and don't forget to put on the delicious sauces. You haven't had real barbecue until you've had San Diegan barbecue. Phil's is a homegrown favorite with lines at the original Point Loma location spiraling out into an hours long wait. But it's well worth it for great barbecue. Don't like the wait? Try the several other locations they have in the county, Rancho Bernardo's location has the fastest service of them all. 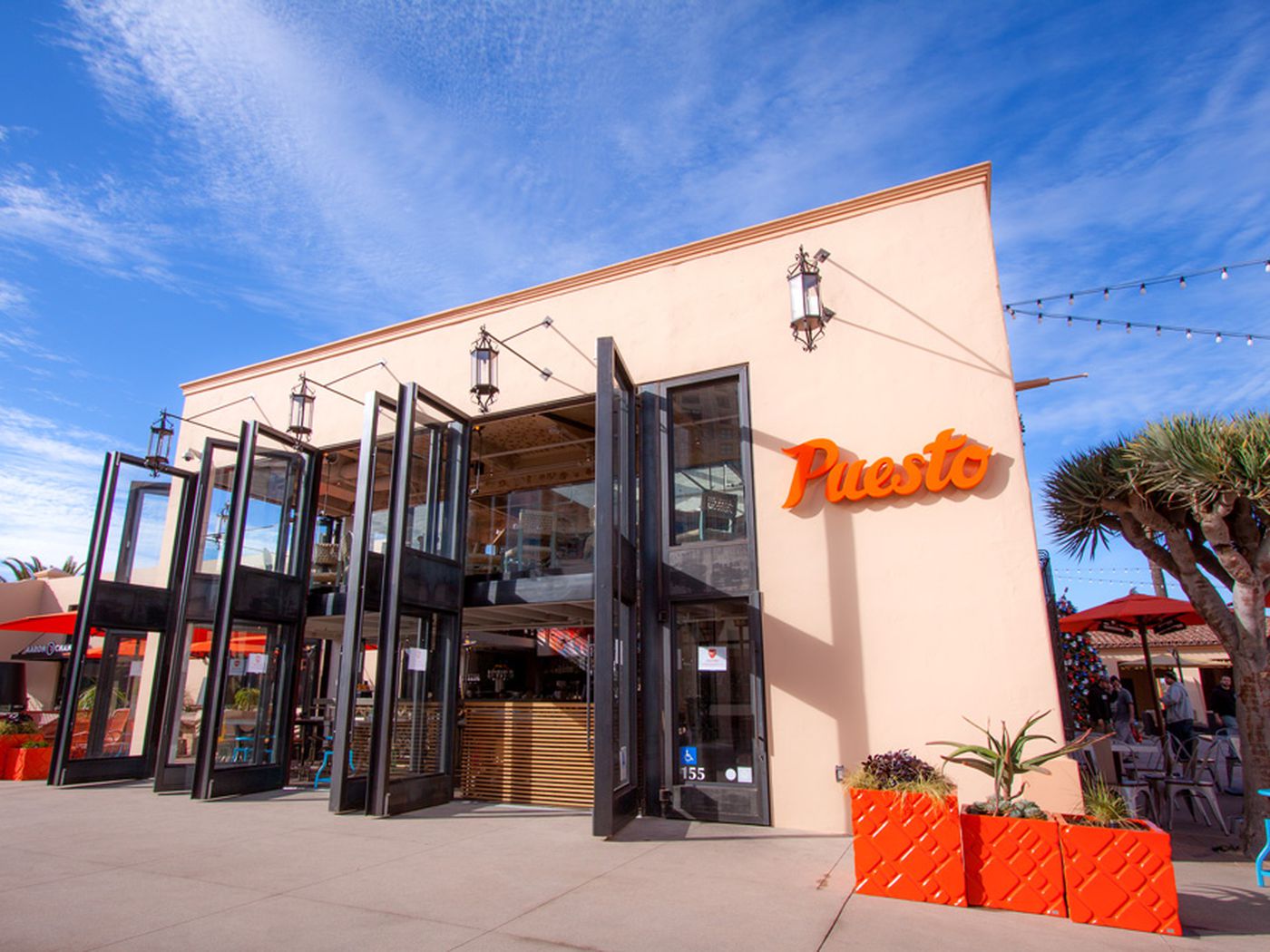 In downtown and craving some handcrafted tacos? Pop in to Puesto at the Headquarters at Seaport Village for some delightful tacos and my personal favorite, frozen horchatas. 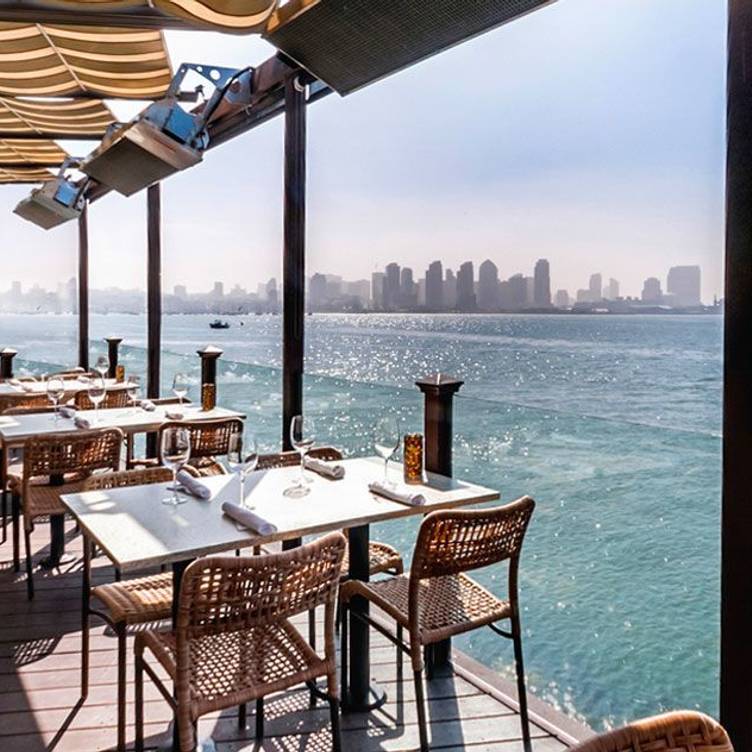 One of my family's favorites, C level on harbor island has a gorgeous view of the harbor and the ahi tuna stack is to die for. 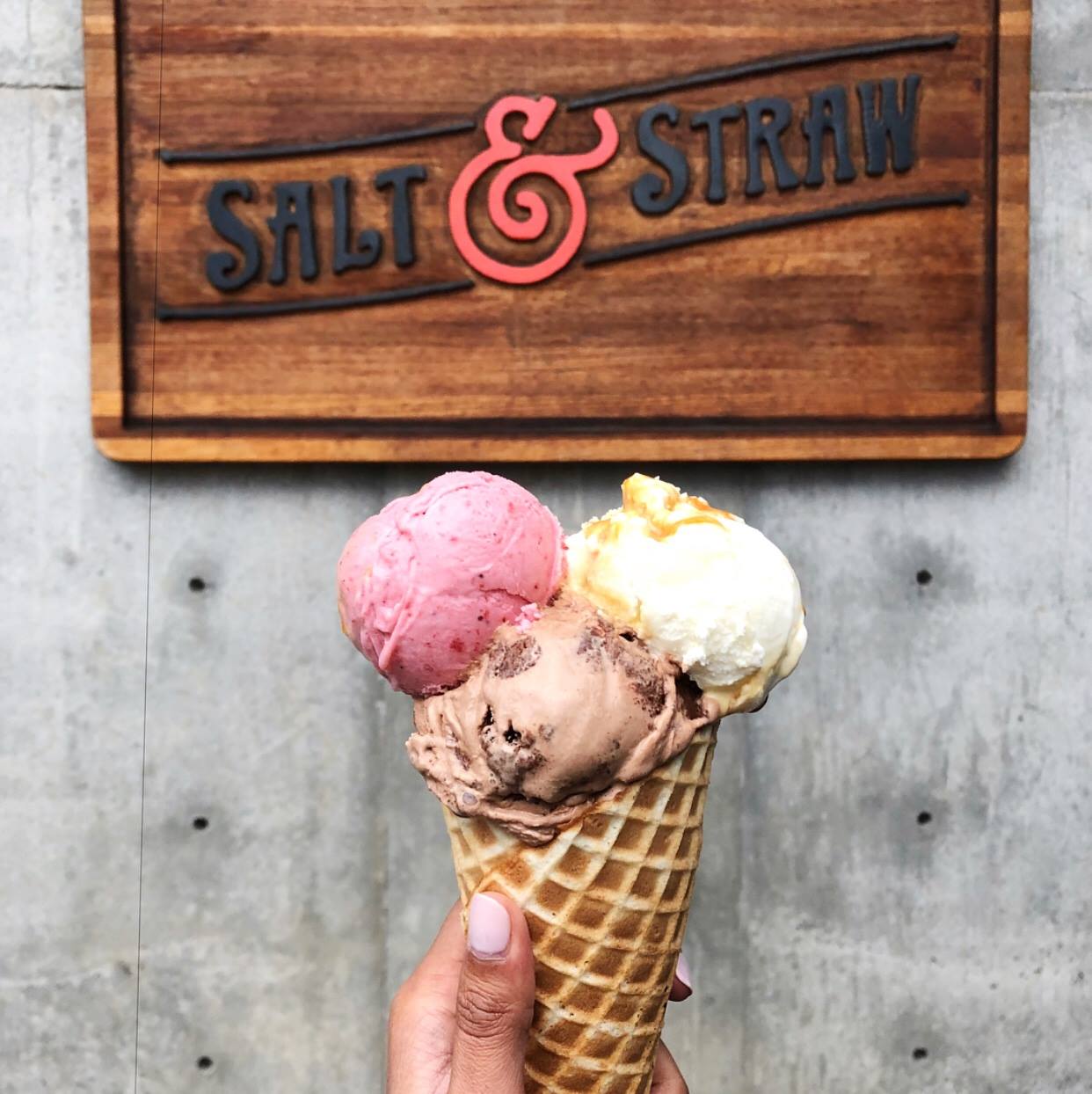 Literally the best ice cream shop on earth, a trek to Salt & Straw is a must. My go to is Pot o' gold. 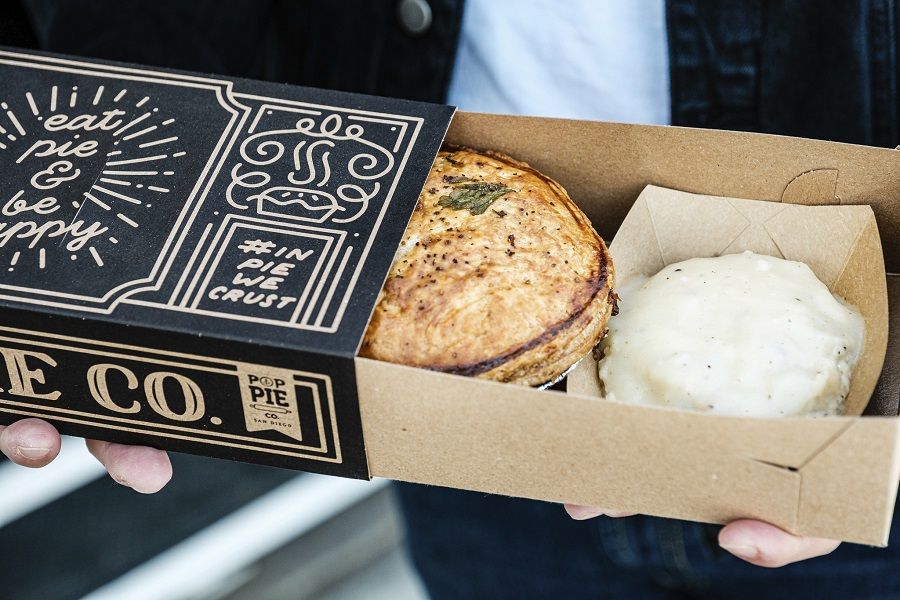 Feeling for something crispy and hearty? Pop Pie serves an amazing selection of miniature pies and has a delightful matcha latte.

Ok, this is definitely one of those instagramable foods, but it's just so good. Somi Somi serves filled taiyaki with ice cream flavors like ube, matcha, and black sesame topped with your choice of sweets. 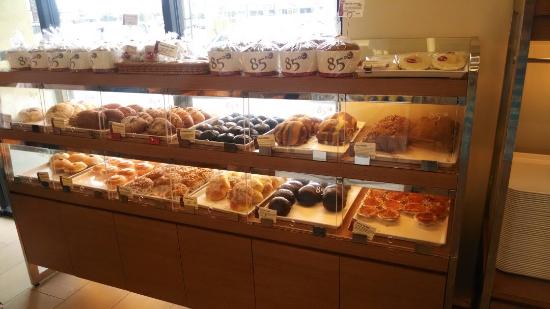 A delicious local chain bakery similar to Paris Baguette but with a greater selection and casual atmosphere. 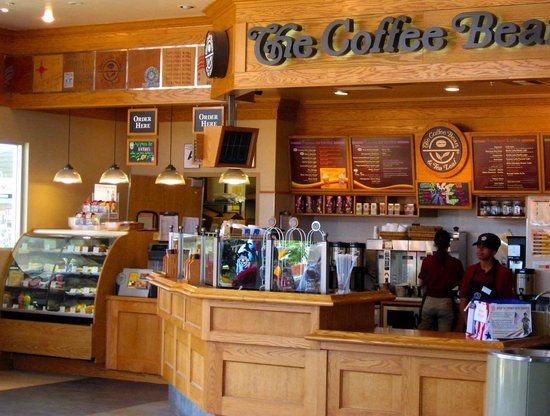 One of my favorite coffee/tea chains in the world, CBTL has an amazing iced tea selection, including my favorite, an iced cherry blossom tea. Do try their ice blended mochas, which are in a whole different ballpark than Starbucks.

For more amazing spots to check out in San Diego, check out Hidden San Diego and Atlas Obscura.

Philadelphia, PA
Hey, I'm Dragon and welcome to my blog. I'm an innovator, leader, and storyteller and this is where I share my ideas, thoughts, and random musings.